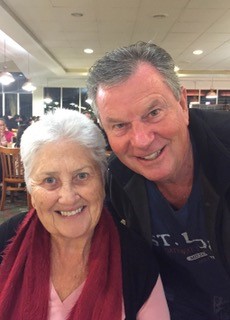 Part One – Trevor’s journey to faith

Liz and Trevor Sykes tell their story of working together in marriage and in the church (in four parts).

Trevor explains how his early attitudes to marriage and women were formed in his disrupted family life and years in the navy.

My parents separated when I was 2 and divorced when I was 4. I was the only child of the original marriage and my parents each remarried and began new families. My grandparents were the most stable influence in my life at that time and my mother, her new husband and I lived with them for a number of years. My mother sent me to a Methodist Sunday School, and that was my first contact with the Christian faith. I wasn’t aware of absorbing much of the teaching but it initiated in me a God-consciousness.

I hadn’t seen my father since I was 4 but when I was 10, a neighbour told me where he was working, not far from my grandparents. I could ride my bike there and meet up with him. Naturally, he was pleased to see me and made a fuss of me, so much so, that I couldn’t stop talking about him – very upsetting to my mother and stepfather. Mum gave me an ultimatum, if I kept behaving this way I would go and live with my father.

Well, I didn’t stop behaving that way and was packed off to my father and his new family. He, his wife and a small child lived in a large, rented house with my stepmother’s widowed father, another uncle and aunt with their young family, plus two single adults related to my stepmother. Quite a household! I found myself in a life very different from what I had imagined.

From that moment I realised I was alone, living as a misfit between two families which soon produced half-brothers and sisters, and I didn’t fully fit into either one. Both my father and stepfather were WW2 ex-army men and the domestic culture at that time was very male-centred. The men were always deferred to and waited on. You would never see a man doing anything domestic inside the home.

So that was naturally what I absorbed as a young person and had no reason to question it.

During my high school years, I was befriended by a boy and invited me to his church and youth group where I first heard and responded to the Christian gospel message. This was anathema to my father who opposed me going to church and being baptised. Strangely, rebellion in this case was to go to church was rebellion – not the usual pattern. There I began to mix with ordinary families but was ashamed to bring church friends home to meet mine. I became even more of a stranger at home. Then at 18, I joined the Australian Navy and moved completely away from both my natural families and sadly, from my Christian family.

While I began with good intentions to live Christianly in this new environment, I soon got caught up in the normal life expectations and behaviours of a sailor. My first deployments were overseas in war zones and that kept me away from Australia for the best part of a year. For the 5 years I was in the navy I was in a totally male environment in which using and abusing women was the expected normal behaviour.

In the economy of God, a former friend contacted me while I was stationed on a ship operating out of Sydney, took me to church and introduced me to the minister. Even after my friend left I would go back to that church when I had shore leave and from that time I attempted to change my ways. This inward battle went on for another couple of years but relying on my own strength and willpower, I never fully overcame my navy acquired vices or ways of thinking about women.

Again, in God’s timing, I was drafted to a ship serving out of Fremantle, Western Australia and near the end of that 2-year deployment, I went along, as a last-ditch effort to reform, to the South Perth Church of Christ. A very enthusiastic young man, thinking that I was younger than my 21 years, introduced me to members of a teenage Christian Endeavour group, led by Elizabeth Lee. The young guys in particular in that group were so on fire for God that I found myself wanting what they had. When I went overseas again, Liz as the group leader, got them to pray for and correspond with me. This became the real turning point for lasting change.

I was drafted to a couple of different land bases in New South Wales and continued to correspond with leader Liz. In time this developed into more than a casual correspondence as we both realised we were becoming emotionally invested and God was drawing us together. So began a long-distance courtship by mail with lengthy letters expressing to each other the deepest things in our hearts. We developed a profound respect for each other.

I made a short trip to Perth to formalise our relationship. Liz joined me in NSW a few months later and we were married in Penrith Church of Christ. Liz was a Navy wife for about 6 months before I was honourably discharged to attend Kenmore Christian College in Queensland because I felt the call of God to Christian ministry but with limited education and even less Bible knowledge, and certainly no experience of church life. I struggled to cope with the changes away from Navy life, being newly married, and a college environment of mostly churched young men and women who were familiar with Biblical terminology and had already an established overview of Scripture.

Our finances were limited too, so I worked two ten-hour days at a pig farm to finance our little family. Along with theological studies I had to matriculate, so my College routine involved early morning travel and returning home late at night. By contrast, Liz was stuck at home, without transport and expecting our first, second and then third child. She would have loved to have been alongside me studying. Instead, she had to endure my nightly frustration at the demands of college life, which to her, with her church experience, would have been a breeze.

From this beginning of married life, there is no way that I would have pictured myself demanding to be the commanding head of the home and its sole spiritual leader. As Liz graciously put aside her own needs, so began our life of mutual marriage and parenting. She believed in and supported me out of her deeper understanding of the ways of God. She allowed me to develop my spiritual walk and patiently waited for me to catch up. I couldn’t have survived without her willingness to sacrifice.

Once I did catch up, there was no way that I wanted to lord it over her in some supposed right as a husband and father. In financial matters, Liz had 5 years’ experience as a Commonwealth Bank employee, so she managed our finances. We did decision-making together under God. If either of us was unhappy about a proposed purchase or direction we waited for God’s guidance until either we were both convinced it was right for us or laid the proposal aside.

That was how we happily lived our marriage and family life. It wasn’t until many years later that we discovered a Biblical framework that confirmed this was a godly way to live. But more of that next time…

Trevor Sykes was later employed for 2 years as an itinerant WA representative of Voice of the Martyrs, followed by 35 years of ministry together with Liz at the Belmont Christian Fellowship. In retirement, he enjoys swimming and snorkelling in summer and bushwalking in winter.

Read Liz’s story and Trevor’s sequels in future The Together Project blogs. 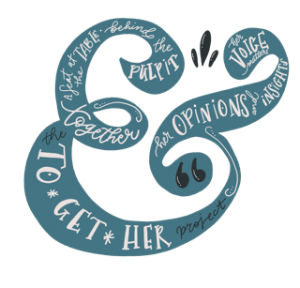